Wanna know what are the best places to meet singles in San Diego, California?

Datermeister – the Kim Jong Un of the dating world – has gathered a good list of tips for all San Diego singles.

It’s a good mix of nightlife and just every day life so there is something for everyone – let’s get started:

What are the best clubs to hook up in San Diego? Or who knows if you’ll meet your future wife or husband out there.

A safe bet is to head to the Gaslamp Quarter in Downtown San Diego on a Friday or Saturday night. There you’ll have several clubs and bars to crawl. If you’re trying to hook up, it’s better to be ready to change places if you don’t see a chance of scoring. The last thing you want, as a single, is ending up in the corner table of a nightclub listening to your friends stories about their husbands and kids..

There you’ll have – for a bit more upscale taste – FLUXX.

..or if you’re looking for a more down to earth nightclub, you could try Whiskey Girl – it’s kind of a nightclub slash bar where it’s easy to meet other San Diego singles.

2. Singles bars in San Diego – a couple good ones:

If you’re not into the loud nightclubs where you basically have to destroy your conversation partners’ ear drum, there are plenty of good and more quiet bars to meet singles in San Diego.

And not quiet as in some elegant hotel lobby bar but just low enough music volume to have a conversation with your friends and the new people you meet:

Aero Club Bar: a rather small bar for mingling but it’s a great stop on your pub crawl if you’re a whiskey fan. They have over 400 whiskies in selection and

Moonshine Flats: a big country music bar right in the Gaslamp Quarter. Perfect for a bit more mature crowd and for the guys to do some cougar hunting in San Diego.

3. Live music or standup are great ways to open conversations

Still not convinced with the bars and nightclubs above?

Live music events are great places to meet people with the same music taste. Especially if it’s an artist or a band that you really like. It’s much easier to start a conversation than to just randomly start talking to someone in a bar or a nightclub.

Stand up comedy show’s are another good way to meet singles in San Diego. Everyone is lubricated by some alcohol and good jokes so it’s a perfect setup for mingling. The comedy scene is strong in San Diego and there are shows probably for every night of the week.

4. Find a new hobby or course to attend

If you want to meet people in San Diego who share an interest with you, start going to a course, join a team or a group. It could be a course to learn a new language, arts, dancing or even cooking some exotic food.

It doesn’t matter if it’s a men or women only event. Expanding your social circles is always a good idea when you are single. Many couples have met each other through common friends or acquaintances so think of meeting new people this way – a few steps ahead. This is the right mentality for success in anything in life – not always expecting results in the short term but being willing to “work” for something while trusting that you will benefit from it in the long term.

As the smartphones and the internet is slowly turning us humans into zombies, it is still possible to just approach someone in broad daylight (..and without getting sued). It can feel awkward for many but it can be made less so:

Imagine if you see someone really interesting on the street or in the tram.. you can ask them anything – like “do you know where is X?” – even though you already know the answer. If they answer in a friendly way you kind of naturally continue the conversation. If they answer in a more rushed and uninterested way, you still didn’t make the situation awkward – you just needed some advice from a stranger and you either got it or didn’t (without getting your self confidence shattered)

Do you know Meetup.com? It’s a great app/website to connect with people in any major city in the USA – and also one of the best ways to meet singles in San Diego. It’s not meant (only) for dating but just for any people to meet who are interested in the same things or have a similar background.

You’ll have groups such as “single parents in San Diego” or “Hiking enthusiasts” and so on.. there’s something for everyone.

Have you tried Tinder? Or you’ve never tried? Well, it can work but usually people seem to be just playing around with it without any intentions of going on a real date.

If you want to find a more meaningful relationship it’s better to use normal dating sites.

But which one(s) to use?

That depends on who you are but for San Diego we would recommend these 2:

..and remember to open up a bit by writing a nice profile text and adding a photo or 3. You’ll most likely have a better chance on actually getting a date on these sites than on Tinder!

So.. meeting someone in San Diego – or in any city – is not about waiting for that Saturday night in town or that perfect Tinder match. It’s about getting active and trying new things – as they say, life starts at the end of your comfort zone.

Start a new hobby or two, start attending a couple of events/meetups per month, join a couple dating sites and so on.. as Arnie says it: “Come on! Do it! Do it now!”

What are your experiences so far? What are the best places to meet singles in San Diego? Leave a comment below for the other San Diego singles reading this! 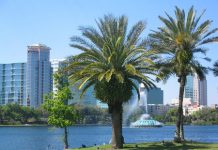 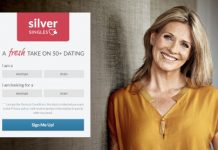